In 2001, then Olympic hopeful Megan Brown was shattering running records and making her mark in the sport of athletics — all while in high school. Her star was rising fast, just like Penny Oleksiak’s swimming career years later, while she too was still in high school.

That same year, Megan was recruited by Dave Scott-Thomas, head coach of the track and field and cross country teams at the University of Guelph. At the time and until his firing in late 2019, he was regarded as one of the most powerful figures in the Canadian running community.

Little did Megan know the trauma that she would experience over the following years, ultimately bringing her promising career to an untimely end. She would never even get the chance to grace the Olympic podium — an opportunity well within her grasp and something that she rightfully deserved.

The Globe and Mail published the details of Megan’s story last month.

Scott-Thomas met Megan in 2001; he was 38 and she was 16. She asserts that he began grooming her for a sexual relationship after she turned 17. The University of Guelph and Athletics Canada were made aware of Scott-Thomas’s misconduct on September 21, 2006, by Megan’s father. He was not fired until December 16, 2019 — over 13 years later. He was reportedly fired after another student-athlete made a complaint in fall 2019.

Megan’s father also spoke with their MP, Michael Chong, who was the Minister of Sport at the time. He never heard from him again, but Joanne Mortimore reached out, the CEO of Athletics Canada at the time. Rather than offering support, Ms. Mortimore was furious that Megan’s father had gone over her head in contacting Minister Chong.

Megan Brown was failed by the authorities who were in place to protect her: the university, the sports governing body, and the federal Minister of Sport.

Megan was a promising athlete, claiming championship titles at multiple levels — provincial, national, and university. She was poised to become one of Canada’s next best runners. But one person with substantial influence was standing in her way: Scott-Thomas.

Despite awareness of the allegations, Athletics Canada continued to appoint Scott-Thomas as a coach for national teams, including for the 2016 Olympic Summer Games. Without being fired by the University of Guelph and if Megan had not bravely come forward to tell her story, he would likely be heading to Tokyo this summer. So the question remains: why did it take the university and Athletics Canada so long to act? The answer: because he was a good coach. In fact, he was one of the best. He had turned Guelph into Canada’s running capital, with his university women’s and men’s teams winning a respective 12 and eight consecutive titles.

Neither the university nor the national sport organization removed Scott-Thomas from his position of authority as a coach.

The desire of both parties to continue winning outweighed their pledge to safety in sports.

The ‘win at all costs’ mentality was taken to such extremes that an athlete’s burgeoning career was ruined and her mental health irrevocably impacted.

Athletics Canada released a statement the same day The Globe and Mail story was published, reading in part:

There was no apology to Megan or even an air of humanity in the response. It was a carefully crafted statement meant to minimize potential liabilities.

The organization demonstrated its singular self-interest by issuing the statement, without regard for the athletes it alleges to support while navigating to the Olympic podium.

Canadian Olympian and middle-distance runner Gabriela DeBues-Stafford said it best in a tweet following the publication of the statement:

"This statement is pathetic. An athlete was abused repeatedly by a coach under your watch. Your leadership KNEW about the abuse. AC not only allowed Dave to continue coaching but put Dave in positions of power where Megan would be forced to interact w him"

In examining this story, it is hard to decide which is more egregious — the actions of the coach or the inaction by the university, the governing body for the sport, and the federal ministry.

Yes, winning a national championship is worth striving for. That gold medal is the symbol of numerous hours of hard work and dedication by many.

But at what point do we stop and consider the cost to a competitor’s mental health of winning this medal or that championship? When do we say enough? — when an athlete dies by suicide? Or is left too fearful and traumatized to pursue a promising future in sport?

Sport governing bodies exist in part to ensure every person involved — coaches, officials, and athletes — feel safe, at all times, while participating in the sport.

Athletics Canada failed that responsibility, tremendously. The organization has gone through a change of leadership since Megan Brown’s case was so terribly mishandled, but that does not exempt the organization of its duty to protect both current and former athletes. Dismissing the issue with the explanation that the responsible parties are no longer employed by the organization is not good enough and is frankly cowardly.

Despite massive public outcry and the university’s firing of Scott-Thomas, Athletics Canada continues to stand behind him through issuing a mere suspension, and not a clearly deserved ban from the sport. A month has passed since The Globe and Mail story was published, and his suspension holds, with no indication of a future ban. (Scott-Thomas was issued a lifetime ban on March 25, 2020)

Unfortunately, the promotion of winning at the expense of the mental wellbeing of athletes in Canada is nothing new.

Megan Brown’s case is tragic, but it is not unique.

Speak to any Canadian woman in sport and she will certainly have an experience with abuse, either firsthand, witnessed at the expense of a teammate, or heard in the form of rumours about an athlete facing some form of abuse.

This has become the sad reality of Canadian sports. As a nation that promotes excellence in sport on a multitude of stages, we have failed to foster a safe environment for all athletes, regardless of gender.

Women are more likely to face abuse in sport, particuarly in the male-dominated sport of athletics.

Blame can be pointed at a myriad of sources: the University of Guelph for not terminating the coach in 2006, Athletics Canada for not banning him from the sport then or now, or the federal Minister of Sport for not directing Athletics Canada to conduct an independent investigation.

But blaming one party or the other is simply futile finger-pointing.

Sport leaders have failed female athletes at all levels for too long.

And they will continue to do so until pointed, critical action is taken. Until the pursuit of an Olympic medal or a national championship is not valued above all else, at all costs.

Sport is meant to enrich lives. Not devastate them.

Read Megan Brown’s full story in The Globe and Mail.

If you or someone you know has experienced abuse in sport, contact the Canadian Sport Helpline at 1-888-83SPORT (7-7678). 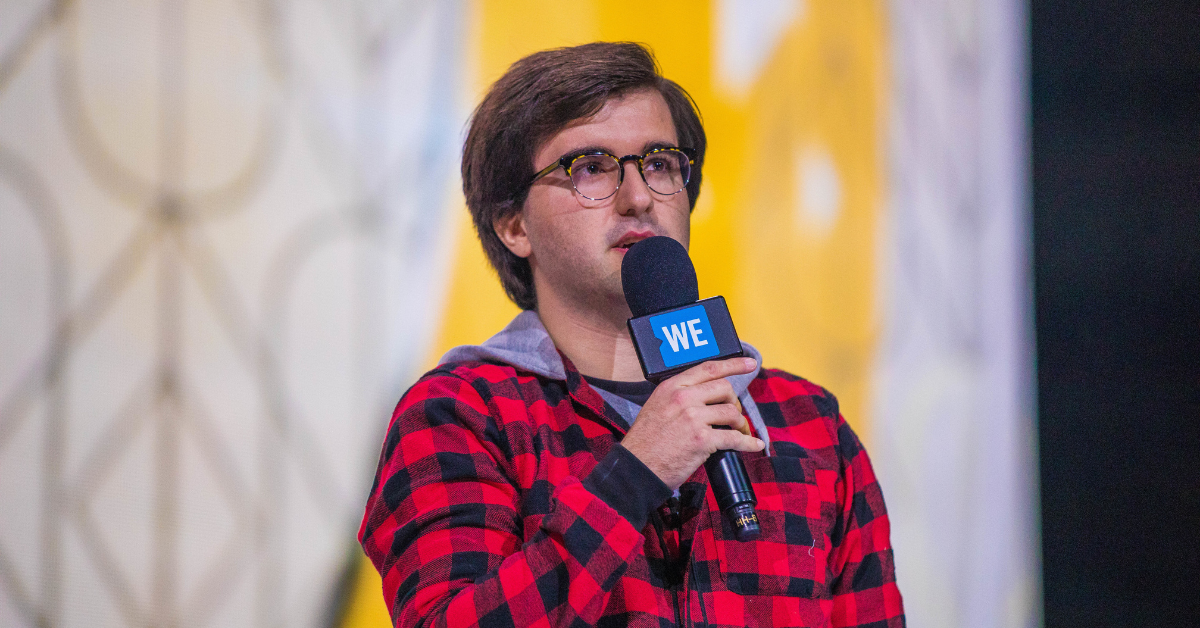 Ben Sabic is an aspiring sport administrator, young philanthropist, and post-secondary student hailing from the heart of Canada. Visit the contact page to get in touch with him.